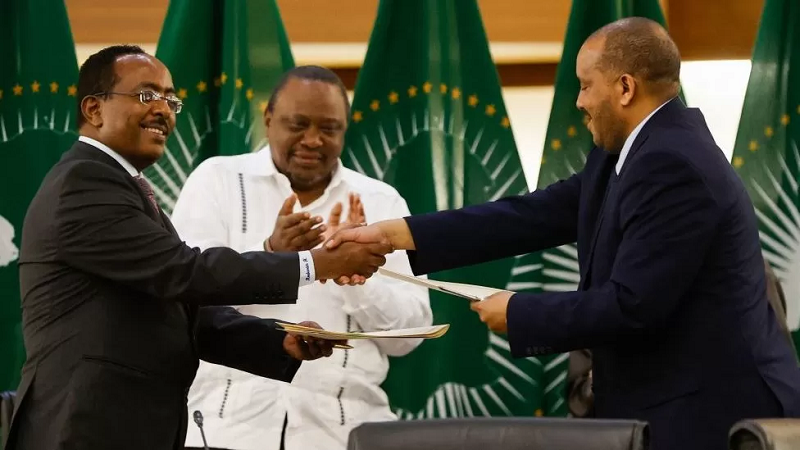 November 02, 2022 (GMN) - After ten days of intense peace talks in South Africa between the government of Ethiopia and the Tigray People’s Liberation Front (TPLF), the African Union announced that it is concluded.

Despite the relentless effort by the United States government to influence the talk in favor of the TPLF, the rebel group that has caused the conflict has agreed to disarm it. The group has accepted that Ethiopia should only have a single national defense force.

The group started to use the name Tigray Defense Force (TDF) after the outbreak of the war in November 2020.

Special forces in the regional states, which are based on ethnicity, have been causing public concerns. It is unclear if the Ethiopian government is abolishing all the “special forces” in the regions.

The Ethiopian government is to continue restoring social services to the Tigray region of Ethiopia an activity that it has been doing in the past two weeks after clearing strings of towns and cities from the TPLF forces.

Olusegun Obasanjo, African Union Special Representative to the Horn of Africa and chief mediator, remarked that the agreement would allow humanitarian supplies to Tigray and restoration of services.

He also announced that a high-level African Union panel is to inspect the implementation of the agreement.

The African Union, the government of South Africa (host to the talk), the United States, and the United Nations have congratulated parties on the agreement.

The United States and United Nations were attending the talk as “observers.”

The war broke out two years ago when the Tigray People’s Liberation Front (TPLF) attacked the unsuspecting Ethiopian Defense Force of the Northern Command posted in different posts in the region.