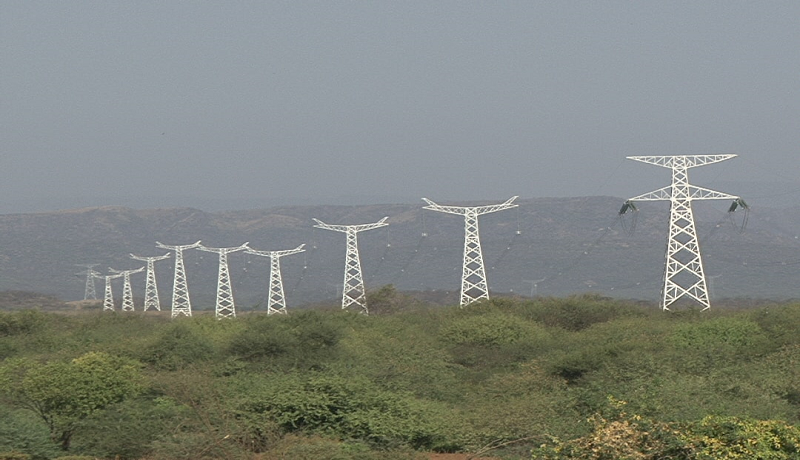 November 19, 2022 (GMN) - Ethiopia said it has begun exporting electricity to Kenya under a 25-year deal between the two East African neighbors.

The move comes after Ethiopia earlier this year announced it had started generating power from its controversial mega-dam project on the Nile.

Ethiopian Electric Power (EEP) said the $500 million transmission line between the two countries has the capacity to deliver 2,000 megawatts and generate up to $100 million a year.

"It's a pivotal project geared towards transforming the multifaceted Ethio-Kenyan diplomatic relations," Ethiopia's ambassador to Kenya Bacha Debele said on Twitter on Friday.

"After the commissioning, our initial imports will be 150 megawatts then will upscale to 300 megawatts in the next three years," EPRA director general Daniel Kiptoo was quoted as saying by local media.

Kenya has a 25-year deal to buy electricity from its northern neighbor, and Kiptoo said the cost of importing was lower than the country's average generation cost.

Ethiopia first began generating power from the Grand Ethiopian Renaissance Dam on the Blue Nile in February, and in August it announced a second turbine had begun producing electricity.

The $4.2 billion project, which has angered downstream neighbors Sudan and Egypt, is ultimately expected to generate more than 5,000 megawatts, more than doubling Ethiopia's current output.

Ethiopia is already selling electricity to Sudan and Djibouti and has signed memorandums of understanding with South Sudan, Tanzania, and the breakaway Somali region of Somaliland, EEP said. (AFP)