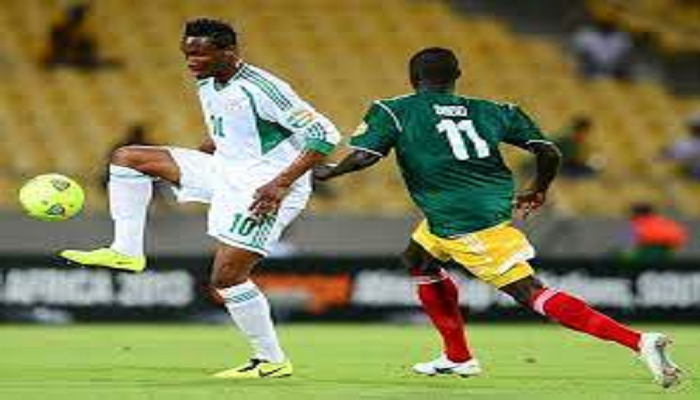 Tesfaye Alebachew and Omod Okuri Omod were the heroes as the plucky Ethiopians booked their place in the last four of this year’s tourney after another impressive showing. The win continues a wonderful run of results for the Walya Antelopes who have quickly gained fans due to their aesthetic football and technique that has seen them register excellent results. Alebachew put them ahead on 17 minutes when he headed home an Abeba Butako corner via a deflection to stun the Zambians who had hitherto not conceded a goal.

The second goal arrived seven minutes later when Omod sidefooted home Daniel Derebe’s right-wing cross to put the 2-0 ahead of a shell-shocked Chipolopolo. Things went from bad to worse for Zambia on 37 minutes when they were reduced to ten men after Thomas Nyirenda was sent off for a second bookable offense. But Chipolopolo made a fist of it in the second half with Felix Sunzu Jr reducing the arrears ten minutes into the second half. The crafty Ethiopians though recovered from that setback and even though they had to endure a few nervous moments as the Zambians pushed for an equalizer, they held out and probably should have made 3-1 in the latter stages of the match. Substitute Bedasio Hola went close on 88 minutes with his shot flying just over nada minute later he had another go but could not find the back of the net.

After the match, Zambia coach Dario Bonetti was furious with the officiating. “It’s difficult to play a match when the referee has a bad game.” Why did he deny us a goal in the first half,” posed Bonetti adding, “he made many mistakes, and they are important in the final analysis of the game. Am sorry but the quality of officiating was poor. Ethiopian coach Ife Onoura was pleased with his team’s continued good performances, “We were good value for our win but we made it hard for ourselves. It was a long second half as the ten men of Zambia worked hard and for some time we could not deal with them but that happens at times when the team is reduced to the men finding energy from somewhere.” “I am delighted and happy that we have made the semis, the boys have worked hard and we can now sit back and wait for our next opponents,” he added.