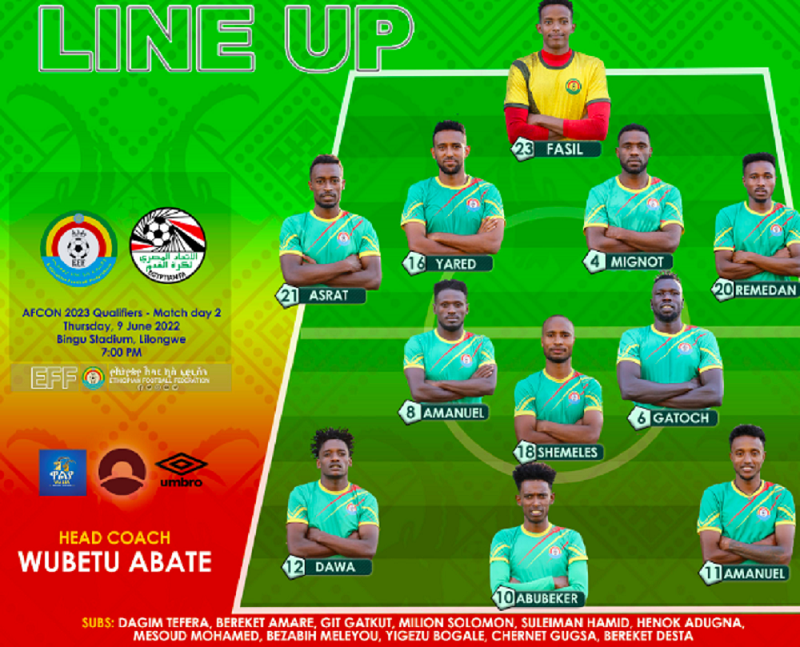 June 10, 2021 (GMN) - The boys are back, better, bigger, and smarter than ever. "የአባይን ልጅ ውሃ ጠማው". It was a brilliant, bold, and nuclear performance by Abyssinian boys thirsty for goals in Malawi in the second round of the 2023 AFCON qualifiers and Egypt suffer a shock defeat to Ethiopia 2-0. Nothing but, they delivered in style. Congratulation to Walias.

They shocked Salah Egypt's captain and a star player for Liverpool FC in the English Premier League.

6-minute Bekele, Ethiopia's captain is encouraged with a shot from outside the box that goes wide.

First 10 minutes of the match. Ethiopia has had more clarity up front.

21 minutes goal was scored by Dukele who scores the goal falling down in the area. The home team already leads 1-0.

24 minutes Dukele! The Ethiopian national team keeps coming to the box and now comes with a shot that hits the post.

39 minutes goal was scored by Shemeles Bekele with a brilliant strike to double Ethiopia's advantage. Dawa Hotessa makes the breakthrough after a clever run and crosses from Abubeker Nassir. (GMN)