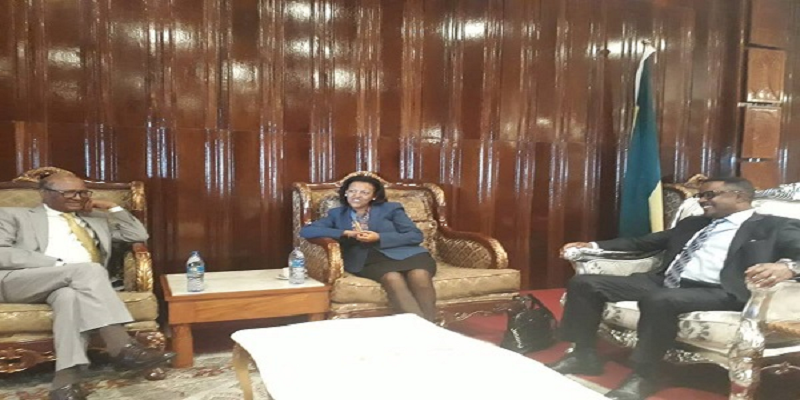 October 26, 2018 (GMN) - Colonel Goshu Wolde is a former Ethiopian Foreign Minister and worked as minister of education, of Ethiopia from 1983 to 1986.

Wolde, formerly a foreign minister under Mengistu, resigned the Mengistu government in 1986, by sending his resignation letter from New York City to Ethiopian Head of State Mengistu Haile Mariam, stating dictatorship, cruelty and deterioration of Revolution in his letter, and established himself in United States in opposition to the Mengistu Government In the year 1992,

Wolde founded the Ethiopian Medhin Democratic Party, in Washington D.C. He made a famous speech to the US Senate Committee for Foreign Affairs in 1991 and that speech is still shared and discussed by millions of Ethiopians. Wolde was the leader of two foreign-based group movements, the shadowy Free Soldiers Movement and the Ethiopian Movement for Democracy, Peace, and Unity.

Wolde was born in 1942 in Gore, Ethiopia, Illubabor Province. He did his primary schooling in Gore, while he completed his secondary schooling from Addis Ababa. Wolde attended the Military academy in the years 1960-1963. He was awarded with the military award, a sword of honor, as he completed his military subjects as a topper. He studied law and had attended Yale University. Wolde served as the chairman of the National Literacy Campaign Coordinating Committee, in the year 1979, which was formed by the Derg to combat the low illiteracy rate of Ethiopia in the year 1974.

In a United Nations meeting in Geneva on African famine in 1985, the then Vice President of America, George H. W. Bush, had negotiated Food for the North Initiative with the then Ethiopian Foreign Minister Goshu Wolde. Wolde reportedly had accused Bush criticism of the Ethiopian Government Famine Relief efforts, as personal political motivations. Wolde has raised his concerns about famine donations raised in Europe and America in form of food, clothing, equipments, money and that the donations were not reaching Ethiopian Government. He had asked West donations to be provided to Ethiopian Government directly instead of routing through private agencies. (From Wikipedia, the free encyclopedia)