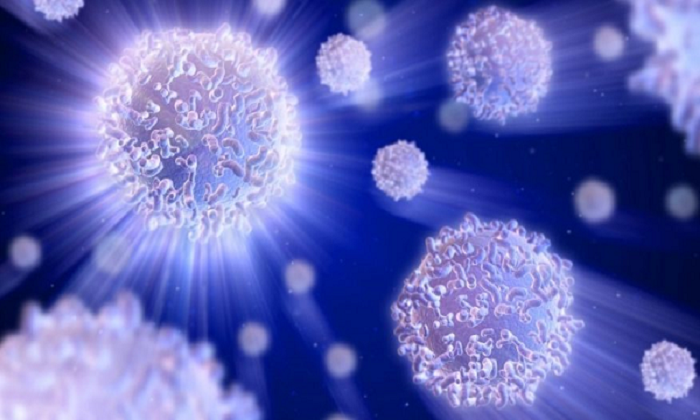 Rochester, MN, December 14, 2018 (GMN) - Won’t that be better to stay in a healthy life and take precautions? Of course, there are many safety measures that one can take to avoid getting sick and transmit the disease.

It is very important for every one of you to know the disease I’m writing about here. In fact, there are Chronic and contagious diseases that persist over a long period of time and cannot be prevented by vaccines or treated by any medicine. Among them, genital herpes is one of the infectious diseases that unknown to many people worldwide and has been mistaken as a common cold.  Public health professionals and other health experts have been advocating for kinds of these contagious diseases to educate the community and protect the health of entire populations. It is one of the common contagious viruses spread from person to other and close contact through intimate relationship.

What is really genital herpes?

According to Klausner, et al., genital herpes is a common sexually transmitted infection caused by the herpes simplex virus (HSV).  There are two types of herpes simplex virus infections that can cause genital herpes, such as HSV-1 and HSV-2. HSV-1, this type of infection usually causes cold sores or fever blisters around the mouth and can be spread to the genital area during sexual activities. It is often spread through skin-to-skin contact and recurrences are much less frequent than HSV-2 infection. On the other hand, HSV-2 is a common cause of genital herpes and spreads through sexual contact and skin-to-skin contact as well. This Type-2 virus is very common and highly contagious. Most cases of recurrent genital herpes are caused by HSV-2; approximately 50 million persons in the United States are infected with this type of genital herpes. In one study, 74% of initial genital herpes infections due to HSV-1 and 63% of initial genital herpes infections due to HSV-2 in women were asymptomatic (Gnann & Whitley, 2016).

Genital herpes is not a nationally notifiable condition and most people with this infection have not received a diagnosis. According to (CDC, 2017) the overall percentage of HSV participants aged 14–49 years who reported never being told by a doctor or healthcare professional that they had genital herpes. This infection usually appears more blisters on upper lip commonly referred to as cold sores, around the genitals, rectum or buttocks, and thighs. The blisters break and leave painful sores that may take a week or more to heal. Sexual contact is the primary way that the virus can spread. After the initial infection, the virus lies dormant in the body and can reactivate several times a year and cause severe pain (CDC, 2017). If a person is infected, it can be contagious, and more often individuals are unaware of the infection but are able to transmit it to others.  Unfortunately, there is no cure for genital herpes, but medications can ease the symptoms and reduce the risk of infecting.

Klausner, et al.., indicated that when the symptoms presented, it may begin about 2 to 12 days after exposure to the virus. The person might experience symptoms of genital herpes include Pain, itches, and tenderness in the genital area until the infection clears. It might seem like small red bumps, tiny white, and pus coming out from the sore. These may appear a few days to a few weeks after infection. Ulcers may form when blisters rupture and ooze or bleed and make it painful to urinate. During an initial outbreak, a person may have signs like flu and symptoms such as swollen lymph nodes in the groins; a headache, muscle aches and develops a fever (Sen & Barton, 2007). The studies stated that signs and symptoms of Genital herpes are different for each person and may happen again off and on for years, some people experience numerous episodes each year; however, the outbreaks are less frequent as time passes. During a recurrence, shortly before sores appear, one may feel burning, tingling, and itching where the infection first entered the body and pain in the lower back, buttocks, and legs, however, recurrences are generally less painful than the original outbreak, and sores generally heal more quickly.

How is Genital herpes transmitted?

The disease is transmitted from person to person period. Genital herpes is common in the United States and more than one out of every six people aged 14 to 49 years have the disease (CDC, 2017).  Sores always appeared in different locations where the infection entered the body; the victim can spread the infection by touching a sore and then rubbing or scratching another area of the body, including the eyes. Women can develop sores in or on the vaginal area, external genitals, and cervix. Men can also develop sores in or on the penis and scrotum. Most often, the infection can spread through saliva by kissing or sharing drinks with someone, by skin-to-skin contact or handshakes or hugs, and by having unprotected sexual intercourse. Due to the virus dies quickly outside of the body, it's very rare to the person to get the infection through contact with toilets, towels or other objects used by an infected person according to the CDC, 2017.

Other complications of transmission which is associated with genital herpes may include; having genital sores and an increased risk of transmitting or contracting other sexually transmitted infections, including AIDS, Babies born to infected mothers can be exposed to the virus during the birthing process, this may result in brain damage, blindness or death for the newborn (Gnann & Whitley, 2016). In some cases, the sores associated with genital herpes can cause inflammation around the tube that delivers urine from the bladder to the outside of the urethra. The swelling can close the urethra for several days, requiring the insertion of a catheter to drain the bladder. In rare instances, HSV infection leads to inflammation of the membranes and cerebrospinal fluid surrounding the brain and spinal cord and can lead to inflammation of the lining of the rectum, particularly in men who have a relationship with men (Gnann & Whitley, 2016).

Self-restraint during outbreaks: once patients are educated about the typically mild signs and symptoms of outbreaks; most patients can recognize symptomatic outbreaks which will be a good time to avoid contact with a partner (CDC, 2017).  The method uses; precise and consistent condom use, male latex condom use can reduce transmission, especially during the first 6–12 months after initial infection. If possible, selecting partners with similar HSV status or someone with a history of genital herpes is the best choice.

When to see a doctor

When expecting any symptoms of genital herpes or any other sexually transmitted infection please see your doctor right away. If you don’t have a primary care doctor, please look for a free health clinic in your area. There are many organizations that offered free pregnancy tests and sexually transmitted infection screening everywhere in town. It is important for pregnant woman to know if she thinks she might have genital herpes and ask the doctor to be tested for it. If the test is positive, the doctor may recommend the patient to start taking herpes antiviral medications late in pregnancy to try to prevent an outbreak around the time of delivery. If the pregnant has an outbreak prior to labor, the doctor will probably suggest a cesarean section to reduce the risk of passing the virus to the baby (Gnann & Whitley, 2016).

Once you have this disease, you must have a medication with you all the time for the rest of your life. Chronic suppressive therapy by a recent study demonstrated that 70% reduction showed in HSV transmission when infected patients were taking daily suppressive therapy. The reduction in disease and transmission may be attributable to both reductions in genital herpes recurrences and reduction of subclinical shedding (Sen & Barton, 2007). Daily suppressive antiviral therapy significantly reduces the frequency of symptomatic recurrences of genital herpes and asymptomatic viral shedding, and it reduces the risk of transmission of HSV-2 to a susceptible partner by almost 50% (Gnann & Whitley, 2016 Sen & Barton, 2007). Acyclovir, valacyclovir, and famciclovir are effective therapies for genital herpes caused by HSV-1 or HSV-2. These antiviral medications have excellent safety profiles and rarely cause drug-drug interactions or allergic reactions. Since the efficacy is generally similar, selection of a specific drug is based on the convenience of administration, cost, and clinician preference. Intravenous acyclovir should be used when the manifestations of genital herpes are especially severe or are accompanied by complications, particularly in immunocompromised patients. Topical antiviral therapy for genital herpes is less effective than systemic therapy and is not recommended (Gnann & Whitley, 2016).

Suggestions: Just in case you have genital herpes, you shouldn't be hesitating to tell your sex partner that you have the disease or ask your partner if he or she has Sexually Transmitted Infection (STI) in the past. Using condoms may help lower this risk but it will not get rid of the risk completely. Having cold sores or fever blister and other symptoms of genital herpes can increase the risk of spreading the disease. The better way to avoid spreading and recurrence is to take antiviral medications daily or any time when you feel like you have the symptoms. Not only can a person spread the disease during a genital herpes outbreak, but it would increase the risk of contracting other diseases such as HIV/AIDS and other sexually transmitted infections. Avoid intercourse if either partner has an outbreak of herpes in the genital area or anywhere else. Finally; take precautions very seriously when you are not sure of your sex partners, limited your sex partners, get a checkup if you think you have a sexually transmitted infection, use a condom during sexual intercourse, and stay healthy.