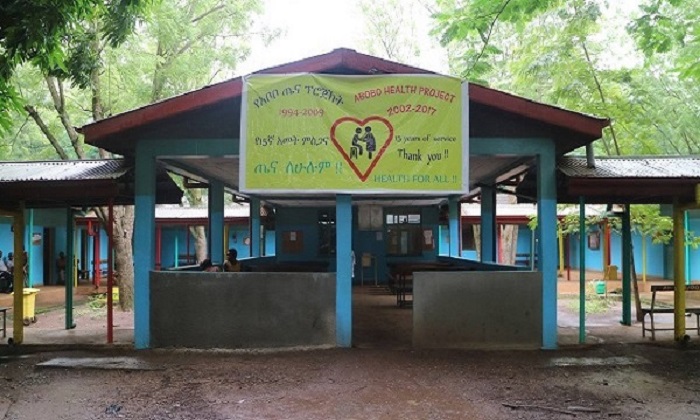 Abobo, October 29, 2017 (GMN) - In 2002, in the village of Abobo in western Ethiopia, a group of Italian and Spanish volunteers set up a local health clinic in collaboration with local Salesian missionaries.

Today, the Abobo Health Center is the symbol of the community and provides health services for more than 4,000 local villagers. Having expanded its reach over the years, the health clinic also serves the approximately 20,000 people living in the area and the 200,000 people in the entire region.

Two Spanish physicians, Tere and Maria are the soul of the health center and aim to provide medical care for those who are affected by malaria, tuberculosis, HIV/AIDS and various infections common in the region. Thanks to their passion and care, the clinic also has a special focus on maternal and child care, two of the most at-risk populations in the country.

Together they are engaged in providing wellness exams and regular screenings for pregnant women, as well as vaccinations to mothers during pregnancy. Tere and Maria are also focused on preventative care and routinely provide medical care to pregnant women to prevent diseases such as such as anemia, hypertension, malaria and various infections that also cause serious consequences to the newborn child. They provide an average of 40 maternal vaccinations per week and attend to 30 births per month.

“The work of Salesian missionaries in Ethiopia and in programs around the globe goes beyond education,” says Father Mark Hyde, executive director of Salesian Missions, the U.S. development arm of the Salesians of Don Bosco. “We aim to serve the whole person by making sure that basic needs like health and nutrition are met in addition to other social service needs. The work of Tere and Maria helps ensure that women have healthy pregnancies and then aftercare for both the mothers and babies to ensure the best start in life.”

Ethiopia is one of the poorest countries in the world with more than 30 percent of its population living in poverty, according to Feed the Future. Close to 85 percent of the country’s workforce is employed in agriculture but frequent droughts severely affect the agricultural economy leaving more than 12 million people chronically, or at least periodically, food insecure. In addition, more than two-thirds of the population is illiterate.

The country has 4 million orphans which account for nearly 12 percent of all children, and according to UNICEF, more than half a million of these were orphaned as a result of the HIV/AIDS crisis that has affected the country. Thousands more children run away each year seeking a better life on the streets.