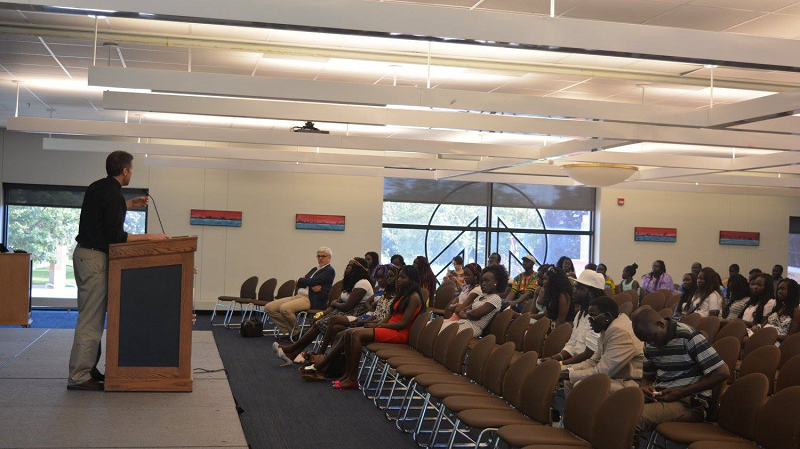 They all dare to dream because they know that they are powerful enough to make a difference, and they all dare to share their dreams because sharing is a part of Anywaa way of life. In Mankato, MN, more than 1000 Anywaaes young brains from different States were gathered to share the things that are crucial for humankind: culture, ideas, thoughts, language, art, peace, education, social, friendship, and much more...

Young people having a subculture unique to themselves is a recent phenomenon. It is thought that it started to become most prevalent around the world after they migrated from third world countries due to the economic, political, and social.

Ironically the music, clothes, language, etc. of youth culture is often created by non-young people (adults). For example, MTV, “Pop culture” while being seen as a big part of youth culture (at the present time) is controlled by adults. Boy bands, Facebook, YouTube who find favour with young people are often not owned by young themselves.

Other cultures typically create and produce their own cultural ideas, while young people have a certain amount produced by adults. To some people, this raises questions about the exploitation and oppression of young people.

In Western civilization, a distinct teenage culture has developed. A "teenager" or "teen" is a person whose age is a number ending in "-teen" in the English language: that is to say, someone from the age of thirteen to the age of nineteen. The term "teenager" is roughly equivalent to adolescent. However, due to marketing, the pre-teens (about 8–12-year-old, especially females) also have a strong youth culture. However, youth culture is beginning to expand its influence on increasingly younger age groups.

Today's youth culture, in general, can be characterized by:

·        Frequent use of slang and profanity, particularly in the older age groups.

·        Cliques and friendship circles, almost like a "second family".

The high school dropout rate is a long-standing, widely used indicator of youth
educational outcomes. Teens that have dropped out of school clearly face an array of disadvantages. They are paid significantly less in the labor market and their employment opportunities are diminished. Their opportunities to enter postsecondary education are severely curtailed. Dropout status is also associated with numerous socially debilitating behaviors, including illegal activity, teen fertility, family matter, abuse, single parent, and idleness.